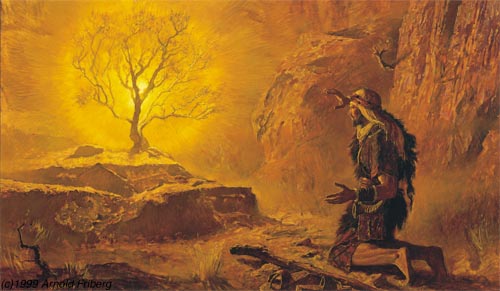 The Children of Israel though oppressed, become very numerous in the land of Egypt. Joseph is gone and is now either consciously or unconsciously forgotten by the new Pharaoh who burdens the people of Israel under slavery .Out of fear or hatred Pharaoh orders the Hebrew midwives, Shifrah and Puah, to kill all male babies at birth but theydo not comply to the decree .Pharaoh then commands every Egyptian to cast every newborn Hebrew baby into the Nile.

In the midst of this and not by happenstance, a child is born to Yocheved, the daughter of Levi, and her husband, Amram also a Levite. As a result of the decrees the mother tries to hide the baby and when he grows beyond the three month mark ,she places him in a basket and hides him amongst the bulrushes on the Nile. Pharaoh’s daughter who come to bathe there finds the little basket with the distinctly Hebrew baby, decides to raise him as her own .On Miriam’s suggestion she accepts a Hebrew nursemaid to raise him ( Yocheved the baby’s natural mother). Pharaoh’s daughter gives the baby the name ‘Moshe’ which is the present tense of the verb ” to draw out of the water ( as opposed to the name Mashui which would denote “he was drawn out of the water”). Without realizing it the choice of that tense would be prophetic as Moshe would draw his people out of slavery and out of the waters.

As a young man, Moshe leaves the palace and is sensitive to the burdens of his brethren. He then sees an Egyptian beating a Hebrew and kills the Egyptian. The next day he sees two Jews fighting; when he admonishes the evil one for his actions. They admonish him for getting involved and reveal that they are aware of his killing of the Egyptian. Moshe is forced to flee to Midyan where rescues Yitro’s (Jethro’s ) daughters, and takes Tzipporah, one of the daughters to be his wife. He stays with Yitro for the next 6o years , shepherding his sheep.

In the midst of this G-d appears to Moshe on Mount Horev, which is Mount Sinai in the apparition of a burning bush that is not consumed ( a metaphor for His people). G-d commands instructs him to go to Pharaoh and to demand: “Shlach Et Ami -Let My people go, so that they may serve Me.” Moshe and Aaron assemble the elders of Israel to tell them that the time of their redemption has come with the secret code words Pakod Yifkod. . The people believe Moshe’s message but Pharaoh intensifies the burden of the people, As a result Moshe turns to G-d in frustration or protest and says

“Why have You done evil to this people?” He is reassured that redemption is close at hand.